For many people, travel can be pretty straightforward; you book your tickets, get on a plane and off you go. However, for Women of Color, it can sometimes be a bit complicated. From having strangers touch your hair indiscriminately to having people stare you to the point of discomfort, I asked ten women of color what traveling is like for them and here’s what they had to say.

From being arrested at a tourist site to being harassed at souks in Marrakech, read and unpack these stories from Women of Color from around the world. It’s a somewhat heavy read so feel free to take it in one line at a time.

For Tiese of samefootprints.com, traveling as a woman of color for her is a learning experience.

As a woman of color, I’ve learned that there are many ways to be debased.

I’ve learned that I don’t have to share physical similarities with another black woman, being black is often resemblance enough.

I’ve learned that it’s okay to say no when people request to take photos with or of me; that people will take unsolicited photos anyway, holding their smartphones and digital cameras up to my face without permission, as if I were an inanimate object.

I’ve learned that there are many ways to be debased.

Eulanda, co-founder of heydipyourtoesin.com, echoes similar sentiments. To her, traveling as a woman of colour can sometimes be exhausting, especially when visiting destinations where locals err on the side of exoticising POC. especially on her trip to Kalkan, Turkey

As I’ve travelled over the last two decades, I’ve noticed a shift in how women of colour are perceived and engaged with.

“Can I take your picture? I love black people!” A local Turkish man said as he eagerly photo bombed our mini photo shoot attempt.

I immediately noticed that southwest Turkey was different. The many locals I encountered took the time to engage in conversation. I also remember a local woman with coily hair coming up to me to compare our curly fros. She invited us over for tea, and said she was “honored to meet beautiful brown women.”

As I’ve travelled over the last two decades, I’ve noticed a shift in how women of colour are perceived and engaged with.

There is a difference between being looked at as an object of fetishization, and simply being appreciated and celebrated.

Travel and Lifestyle Blogger at Kokokreates.com alluded that she had not noticed her blackness while traveling until a trip to China.

I had never noticed my blackness whilst traveling. This all changed when I went to China as part of my research project.

From the moment I arrived in China I became hyper aware and the centre of many conversations. I was based in Suzhou, which is west of Shanghai. Every time I went out I had an experience that left me wondering surely they know what a black person looks like, internet and tv is so widely available now and Beyoncé! I had my hair touched, I was followed on the subway by a man trying to take my picture in a not so discreet way, pointed at and spoken of. Many of these experiences had me feeling awkward and uncomfortable for a lot of my time in China, but it also helped me develop tough skin.

Vivienne Okafor of thevoguide.com admits that she has had both positive and negative experiences traveling as a woman of color, even though the positives usually get overshadowed by the negatives.

As a black woman in Japan, I felt my personal space was violated.

I have some positive experiences – from Ecuadorians questioning how I got my braids done to women in India marveling at the color of my skin and how beautiful it looked. However, one negative experience was when I was in Osaka, Japan exploring the Osaka Castle with my boyfriend. We turned to walk down the steps when we see a group of Chinese tourists walking towards us, pulling out their phones and watching their cameras stuttering in our direction. They proceeded to hand their phones to my boyfriend and gesture to him to continue to take photos so they can all get in the photo, smiling widely while I visibly look uncomfortable until I pull away and tell them to stop.

Traveling as a black woman in Osaka, Japan, I felt my personal space was violated and not respected.

Briana of feelthebreeze.org only had positive experiences to share about traveling as a woman of color, following her move to Thailand.

I’ve come to appreciate my ethnic ambiguity more than ever.

Throughout my life I’ve been mistaken for Asian, specifically Filipino. It’s rare that someone guesses my ethnicity correctly and are shocked that I’m actually Mexican. In Thailand, my appearance being my greatest advantage helped me countless times and saved me some money. Being able to avoid paying more a.ka. the tourist tax, was a mini victory in itself.

I’m fortunate to have had the positive experience for my first time traveling solo and I’ve come to appreciate my ethnic ambiguity more than ever.

Femi was previously unbothered about traveling as a woman of color until an airport experience in Sri Lanka 2017.

While I don’t live my life or travel the world thinking people are out to get me because I’m black, some experiences make me more cognizant of the fact.

At the airport in Colombo, we were taken to what to be an office for some sort of anti drug trafficking unit. There were maps on the wall with origins, destinations and routes for flights arriving in and departing from Colombo. The high risk countries and routes were circled in red. After some time, a lady came to meet us and asked us to open our suitcases so she could do a search. We asked why we were being searched and she mumbled something about it being random. She proceeded to search every nook and cranny of our suitcases. I mean, she unfolded every single item of clothing, shook out underwear, checked shoe soles, purse seams, the works. And then came the interrogation – why were we in Sri Lanka? Why only a few days? Were we meeting with anyone? Where were we staying? Who paid for our accommodation? And so on. The random search eventually came to an end and we were allowed to leave.

For Rufaro, a Zimbabwean living in the UK, going to Marrakech was a traumatic experience and one she definitely think was down to being a black woman.

As soon as we stepped foot in the souks in Morocco, we started getting harassed.

Our our day in Marrakech, we decided to go to one of the souks. We were all wearing cute summer dresses, below the knee and nothing too risqué. There were tourists everywhere (mainly white people) but as soon as we stepped foot in the souks we started getting harassed. They were shouting really horrible things at us, following us through the small alleys, screaming things like “haram, haram” (which means forbidden by Islamic Law). It was really scary because there were so many of them screaming at us and following us and we didn’t know why. We hadn’t done anything wrong but they made us feel like dirt and no one batted an eyelid or tried to help. We just kept our heads down and found our way out of the maze eventually. It was a really traumatic experience and one that we definitely think was down to us being black women.

Adebola of mybreakingviews.com recounts her sexual and racial abuse while on a trip to Greece with her boyfriend.

As a woman of color, I’ve experienced racism and sexism very recently, which has left me incredibly shaken.

It was a fantastic trip until a guard called the police and made a false accusation against me, saying that I lifted my dress twice and flashed my genitals to the public at the Parthenon site. Of course, this was all fabricated, which led to colossal trauma, distress and being held in custody for over 24 hours. I was taken to court the following day, where I told the truth of what really happened to the judges. Although the guard had said there was CCTV, this was never presented to me, police or the court. I denied all charges and was immediately acquitted.

This could happen to anyone, and I recommend anyone of colour to know their local embassy number before they travel abroad to any country.

For Tayo of thefivetoninetraveller.com, “where are you from” is a less than innocent question posed at her when people are curious to know where she really is from.

It was clear that black people were not making it out here for holidays.

When I am back home and asked the question “where are you from” by a Caucasian, those in the African diaspora know the point of the question ‘where are you from?’ is a code for ‘please explain to me why you are black and in the UK?’ They want to know where you are really from, often unsatisfied with my answer of Newcastle, UK.

However, being asked this question in the Galapagos Islands was different, it was from a place of curiosity and then of absolute surprise with my answer.

Growing up and going to school in the very white 90’s of Newcastle in the North of England, being the ‘only black person’ is nothing new to me and thus it’s never been something, I personally thought of on my travels. However, it was clear that black people were not making it out here for holidays and furthermore Black British solo women were not the expected norm on these islands.

Even though Ozi had her own fair of negative experiences, she’d much rather focus on the positives of being a traveling woman of color. That is, the appreciation of her race.

There are places I’ve been to e.g. Istanbul, Turkey and I felt like the only black woman walking the street and got intense stares from males which made me feel out of place, not necessarily unsafe, but just noticed for being unusual.

Traveling to places where there might not be an abundance of people that look like me, not to talk of a female version at that, I am reminded to always look out for my own, to acknowledge them when I see them, especially for doing honest work. I try to support black female businesses and give even a smile to people that look like me when I encounter them in foreign lands, it may be a small gesture but it goes a long way.

I’d like to say thank you to these beautiful women for sharing their stories with me. Feel free to check them out and follow their journeys. Do you have any experiences (positive and negative) on traveling as a woman of color? Please share them in the comments and let’s continue the conversation. It’s important that we share these things and raise awareness. Thank you for reading.

10 Things I Loved and Hated about India

My Top 10 Travel Websites That are Bookmark-Worthy

Hey, I'm Ufuoma, a travel blogger and planner who wants to help you reach your travel goals. Welcome to my website and feel free to take a look around. 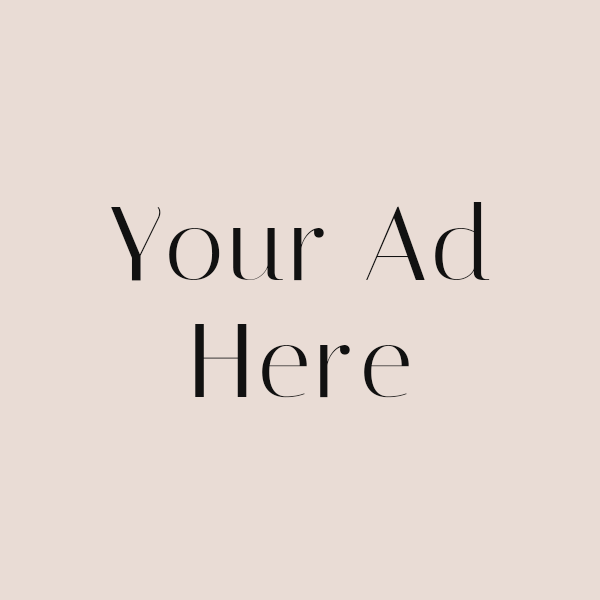 Yep, we all know the booking.coms and the airbnbs

If you had to choose between free accommodation fo

It's been over a year of canceled flights, dashed